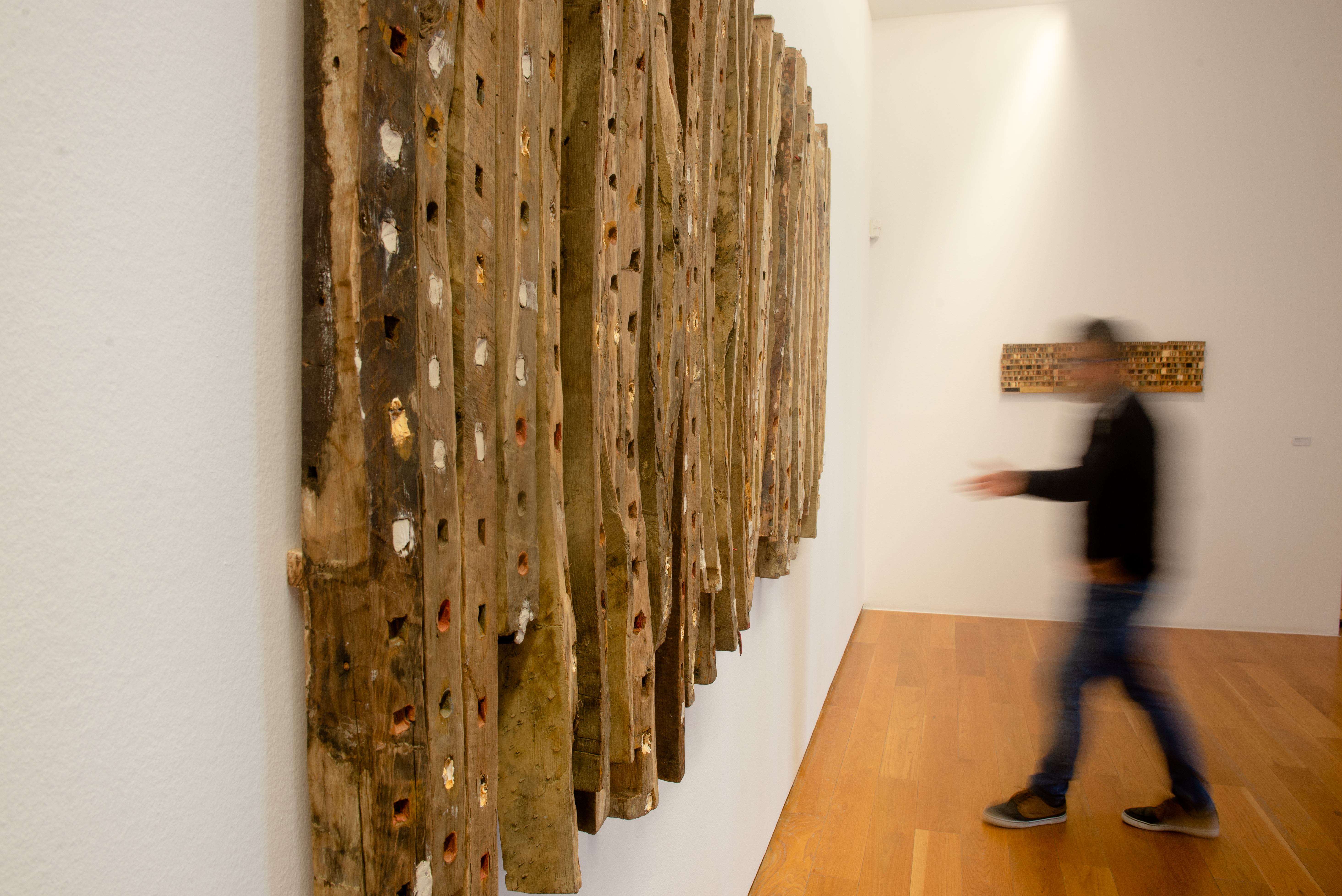 About the Artist and his work

Landscape, natural, profoundly urban or even utopian, is a concept that is permanently questioned by Xosé Luís Otero’s artistic practice. But he is only interested in a fragment of the landscape, as if he capture a certain fraction of a space in a time. All his work is based on an organic reference that obviously has to do with a deep identification with the Nature, as if the artist wanted to capture its pulse, not its epidermal vision. Hence the intense physical power of his pieces, which refer to the deep tensions of the telluric world.His work is therefore create up of fragmented images, shattered experiences that works as places of oblivion, uninhabited, silent, that contain a tension of what seems to have happened there, at some point, in a time. Like a journey into the past through our essential insecurity. As a way that bring us to the contemplation of devastated nature and uninhabited cities where there are almost no traces of those who lived in them and that wants to reflect the existential loneliness of the individual, distress in the uncertainty of the present and restless to any hope for the future. In essence, these enter in dialogue with the memories that these transport, questioning the presences and absences, containing worlds in themselves; these advocate a return to emotion and enclose the impressions of marked memories.

Deeply material, Xosé Luís Otero’s artistic production is a continuous challenge to experimentation and the re-use of a great diversity of materials. His creations seem to materialise in multiple forms, such as archetypes of houses, beehives or nests, ruined buildings, uninhabited cities or extensive sandy areas covered with dead vegetation and very specific references to forests, atmospheres and landscapes. Atmospheres that are tragically beautiful and heartbreakingly poetic in a stark and rapturous landscape. Man is irrational with Harmonic Nature. The two-dimensional support on which he works means that the domains of painting are combined with a sculptural context and an accentuated tendency for installation and scenographic assemblies. Xosé Luís Otero presents us with a portrait of absence, of our fears and apprehensions, throught spaces from which central aspects of an ancient reality have been torn away, and which cause a sensation of immobility, which, together with the material nature of the creations, encourage reflection on the relationship between nature and memory, one being able to substitute the other, circularly complementing the memory´s ambiguity. Its devastating solitude. Metaphysical doubt, existentialist questions, the human´s solitude and the Silence of God.